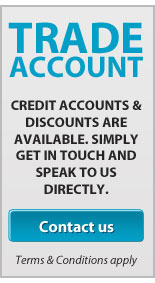 Grade 6061 aluminium is a medium strength aluminium alloy that is predominantly produced for the American market. Grade 6082 is the nearest equivalent grade to this that is readily available in the UK, with very slight differences between the two.

Grade 5083 has the highest strength of all of the non heat treatable alloys, although it is not as strong or as hard as the more common grade 6082.  Grade 5083 is primarily available in plate form, and is most commonly available in O condition.

Grade 5754 is a medium strength alloy. For comparison it is not a strong as grades 6082 or 5083, but 5754 is stronger than grade 5251. Grade 5754 is most commonly used to produce aluminium 5 bar treadplate (often referred to as aluminium chequer plate).

The 2000 series grades are known as the copper grades of aluminium, copper being the main alloying element. The addition of copper increases the alloys strength and hardness, which in turn improves its machinability.

Grade 2011 is a high performance, high strength aluminium alloy. Grade 2011 is usually supplied in round bars.

Grade 2014 is a high strength aluminium alloy, supplied in bar and plate form. It has excellent machinability and is often interchanged with grade 2011.

Known as the zinc grades – zinc being the largest alloying element, the 7000 series grades are the hardest and strongest commercial grades of aluminium.

Grade 7075 is the most common of the 7000 series grades.  It is an extremely high strength alloy;  the strongest of all commercial grades of aluminium. In fact, grade 7075 aluminium is stronger than many types of mild steel.

Dural is an obsolete trade name for a heat treatable aluminium copper alloy.  Also known as Duralumin, Duraluminium, Duralum & Duralium, the original Dural contained around 4 – 5% copper, 0.5 – 1% Manganese and 0.5 – 1.5% Magnesium which makes it very close in composition to grades 2014 & 2024.  Today the term “Dural” is often used as a generic term to describe any type of aluminium that has good strength and is suitable for machining.

Having problems with this site?